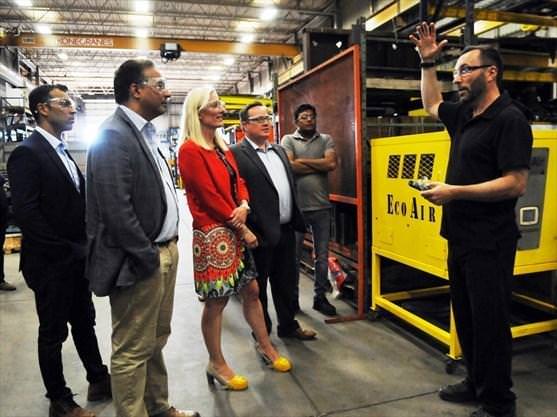 CAMBRIDGE — Hours after expressing disappointment in the new Ontario government’s approach to climate change, federal Environment Minister Catherine McKenna visited a Cambridge firm that “gets it.”

Metal fabricating firm VeriForm has undertaken more than 100 projects in the last 12 years to reduce energy use and greenhouse gas emissions. President Paul Rak said his company has reduced emissions by more than 77 percent — even while more than doubling its physical footprint and adding 25 percent more staff. VeriForm employs about 25 people.

What’s more, the company’s ratio of sales per kilowatt-hour of energy used has jumped from $6.12 per kWh to $19.55 per kWh, and Rak estimates they’ve saved more than $2 million. “That’s money in our competitive pocket.”

And the individual changes don’t have to be complex. At VeriForm, they’ve changed lights, stopped using paper towels, and placed timers and limit switches on equipment throughout the Lindsay Road facility.

Rak said the measures began in 2006 after his daughter was born. Around the same time, he watched the climate documentary “An Inconvenient Truth” and bought a Prius. “I started a few projects altruistically, never meaning to save money,” he said.

McKenna, who remains minister of environment and climate change following Wednesday’s cabinet shuffle, said she tried to explain that sort of business case in a morning meeting with her provincial counterpart Rod Phillips. Ontario is ending its cap and trade system for reducing emissions and has scrapped hundreds of green energy contracts.

In a subsequent statement, McKenna said she was “disappointed to see the new government in Ontario has no plan to help families, schools and businesses reduce emissions, save money and create good jobs. Climate change doesn’t stop with a change in government.”

For his part, Phillips tweeted that he made it clear to McKenna that his government “will never accept the Trudeau carbon tax.”

In Cambridge, McKenna said businesses like VeriForm have proven that environmentally-friendly initiatives make economic sense. “You can do this and there would be a business case here even if you really didn’t care about climate change,” she said. “It’s actually a small-c conservative ideal.” 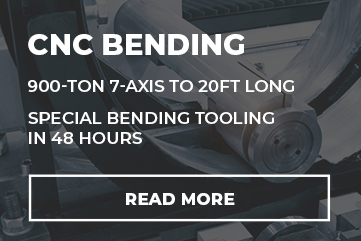